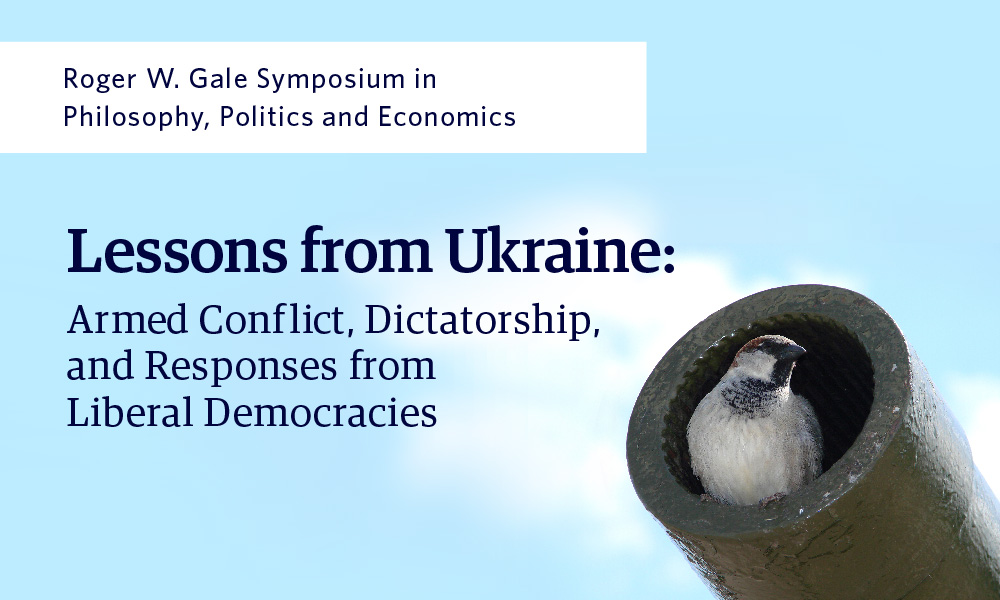 Should we give a passing grade to the responses from liberal democracies to the invasion of Ukraine? And to the international organizations through which they have tried to intervene in a concerted manner, e.g., UN, NATO, and the EU?

Have these responses had to depart from the assumptions of international politics at the end of the Cold War in dealing with dictatorships?

Join us to explore these questions with our distinguished experts.

In early March, the annual Roger Gale Symposium will convene on another urgent topic of our times: the war in Ukraine, the authoritarianism which motivated it, and its implications for the future of democracy and peace in the world.

Since last February, Russia’s aggression in Ukraine has created a new and shocking global reality: the potential that the regional conflict between Ukraine and Russia could escalate into a wider war, perhaps including attacks with nuclear weapons. To keep the conflict from spiralling out of control, and to support Ukraine in its struggle, the Western world has taken rapid and consequential decisions, involving both national states and international-military actors.

How should we assess the responses by liberal democracies to the invasion of Ukraine? What roles have key international organizations, such as the United Nations, NATO, and the EU, played in the unfolding crisis?

How do these events challenge assumptions about international politics after the Cold War, particularly when dealing with authoritarian regimes and dictatorships? What are the political and economic implications as the boundaries of the old international order are redrawn?

The event will be organized in thematic panels hosted on campus at UBCO, UNC 200, on topics such as the following:

The event will also feature Professor Naimark’s keynote address, at 3 pm on March 1st, also in UNC 200, and a public event at the Innovation Centre starting at 6:30 pm that same evening.

Join us on March 1-2, 2023, to explore this with our distinguished guests. 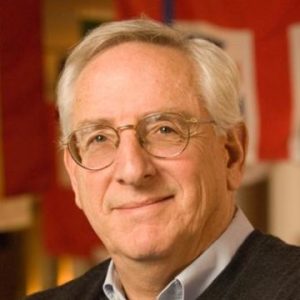 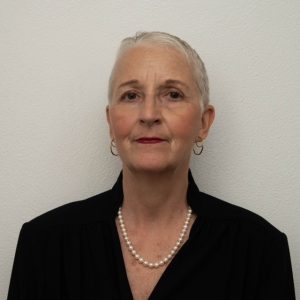 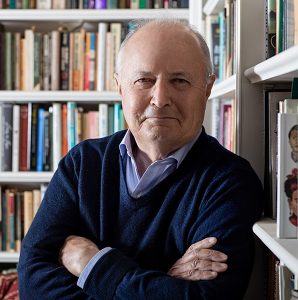 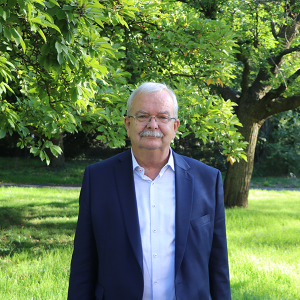 Professor of international law at the Faculty of Law of the University of Geneva, Switzerland. 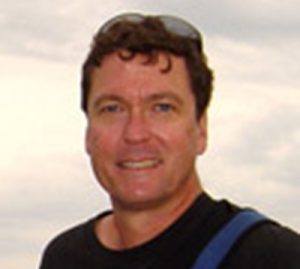 Norman M. Naimark is Robert and Florence McDonnell Professor of East European Studies at Stanford and Senior Fellow (by courtesy) of the Freeman-Spogli Institute and the Hoover Institution. He was educated (B.A., M.A., Ph.D.) at Stanford. He taught at Boston University and was a fellow at the Russian Research Center at Harvard before returning to Stanford as a faculty member in 1988. His recent books include: Fires of Hatred: Ethnic Cleansing in 20th Century Europe (Harvard 2001); Stalin’s Genocides (Princeton 2010); Genocide: A World History (Oxford 2017);Fate of Europe (Harvard 2019).

Barbara J. Falk, Professor, Department of Defence Studies at the Canadian Forces College/Royal Military College of Canada, teaches and publishes in an interdisciplinary capacity, with expertise in politics, law and history. Her primary research focus is on political trials, particularly in the persecution and prosecution of domestic dissent at times of international conflict. She has also written and published in the areas of comparative dissent (particularly the life and work of Václav Havel) and national security law and policy. She is the author of The Dilemmas of Dissidence: Citizen Intellectuals and Philosopher Kings (2003) and Political Trials: Causes and Categories (2008). She is currently writing a book on comparative political trials across the East-West divide during the early Cold War, examining the Rajk, Slánský, Dennis and Rosenberg trials. Prior to her academic career, she worked in the both the private and public sectors in human resources, labour relations and women’s issues, as Director of Human Resources at Sony Music Canada; Director, Compensation and Labour Relations, Management Board and Senior Policy Advisor at the Pay Equity Commission of Ontario respectively.

His current research interests are in cognitive science and aspects of democratic theory, especially relating to issues of knowledge and expertise. His writings in this area include Liberal Democracy 3.0: Civil Society in an Age of Experts (2003) and essays collected in The Politics of Expertise (2013). He has also written extensively on Max Weber, especially on politics, in Max Weber and the Dispute Over Reason and Value: A Study in Philosophy, Ethics, and Politics (1984), and Max Weber: The Lawyer as Social Thinker (1994), with the late Regis Factor. He edited the Cambridge Companion to Max Weber (2000) He has also written extensively on Hans Morgenthau and international relations theory. His Making Democratic Theory Democratic: Democracy, Law, and Administration after Weber and Kelsen, with George Mazur, will appear in March 2023.

Marco Sassòli has worked from 1985-1997 for the International Committee of the Red Cross (ICRC) at the headquarters, inter alia as deputy head of its legal division, and in the field, inter alia as head of the ICRC delegations in Jordan and Syria and as protection coordinator for the former Yugoslavia. He also chaired from 2004-2013 the board of Geneva Call. From 2018-2020 he has been director of the Geneva Academy of International Humanitarian Law and Human Rights.

Dr. Adam Jones’ research is focused in the fields of comparative genocide studies and gender and international relations. I am the author of the most widely-used textbook in genocide studies, Genocide: A Comprehensive Introduction, and will be preparing a new (fourth) edition during a sabbatical in the calendar year 2021. Jones recently published a major new article, “Chomsky and Genocide,” in Genocide Studies and Prevention (14: 1).

Dr. Serhy Yekelchyk received his BA from Kyiv University and an MA from the Ukrainian Academy of Sciences. Following a research fellowship in Australia in 1993–94, he came to Canada in 1995 to pursue a Ph.D. in Russian and Eastern European History at the University of Alberta. His dissertation analyzed representations of the past in Stalinist culture, with special emphasis on Soviet Ukraine. After graduating, he taught for a year at the University of Michigan (Ann Arbor) before coming to Victoria in 2001.

Dr. Yekelchyk’s research interests evolved since then to include the social and political history of the Stalin period, as well as the formation of a modern Ukrainian nation from the mid-nineteenth century to the present. His Ukraine: Birth of a Modern Nation (Oxford University Press, 2007) was the first Western history of Ukraine to include the coverage of the Orange Revolution and was translated into five languages. His monograph on late-Stalinist political rituals appeared in 2014 and a book about the current Russian-Ukrainian conflict is coming out in 2015.

Dr. Yekelchyk is cross-appointed between the departments of Germanic and Slavic Studies and History and teaches a variety of courses on Russian history, Stalinism, Modern Ukraine, and Cold-War cinema. He supervises graduate and Honours students working on various aspects of Russian and Eastern European history and culture.

LEARN MORE ABOUT MINDS AND MUSIC

Panel Discussion: Navigating Political Systems in Times of War
Time:  9:00 am – 11:30 am (refreshments provided at 9 am, panel discussion begins at 9:30 am)
Location: UNC 200
Speakers:

The Roger W. Gale Symposium in Philosophy, Politics and Economics is a regular event that focuses on a current issue overlapping with the multiple disciplines within our department. It is meant to bring various parts of the academy and the public together into fruitful dialogue with a range of experts. 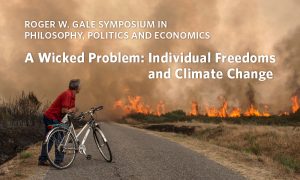 There is no reasonable doubt that the collectivity of individual human decisions has substantially changed the global climate, and on its current trajectory, the rate of change is accelerating. The impacts of this change are being seen around the world as wildfires, heat waves, torrential rains and powerful storms. The more heat-trapping gasses are added to the atmosphere, the further the climate will change and the greater the risk that the climate system tips into a new and substantially different state. A state that will seriously disrupt all ecological systems – within which human systems are embedded – on the planet.

Each of us has a range of choices available that have differing impacts on other people and the global environment.

The goal of this symposium was to explore if individual choices should be constrained for some so that the global climate system can be stabilized.

What: Is there a vaccine for the infodemic?
Who: Diverse expert panel on how we can combat misinformation while preserving free speech

Sometimes it seems as though the world is spiralling out of control as unreflective thinking, mistrust, fake news, and conspiracy theories wreak havoc. In the last year, the impact of misinformation reached epic proportions during the pandemic and the American election. Authoritarian regimes engaged in information warfare with ever more sophisticated tools and greater reach. Meanwhile, social media platforms came under fire by many for not doing enough to counter misinformation, and by others for undermining free expression with a heavy-handed overreaction.

To stave off the negative impacts of misinformation, we first need to understand it. The good news is that researchers from across the disciplines have begun to make real progress. The goal of this symposium was to bring together eight leading voices from this effort to help us understand and counter the threat.

Humans, Machines and the Future of Work: November 2, 2018 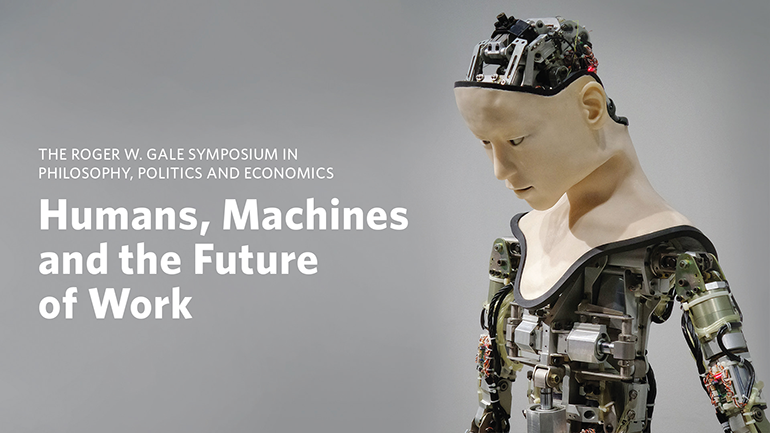 What: Humans, machines and the future of work
Who: Experts in public policy, higher education and international business

Technological progress is significantly changing the world of work. A new wave of disruption is impacting traditional jobs, industries and business models. Canadians are increasingly employed in non-traditional industries, working flexible hours and using technology to change the way they work.

The goal of this symposium was to explore what influence the continuing march of technology, automation and artificial intelligence (AI) will have on where we work and how we work, and where we fit in an automated world. 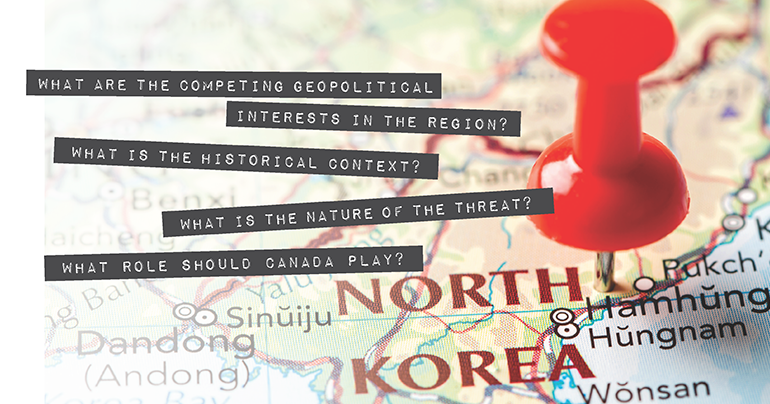 What: Symposium on Nuclear North Korea: Implications for Canada and the Region
Who: Canada’s former ambassadors to Korea and China, and several experts on the region

On the margins of the international community for decades, North Korea has been pursuing and ramping up a nuclear program and has made direct threats toward the United States. The most recent threat came in November when the country claimed to have successfully tested a new type of international ballistic missile that could reach North America, a claim that US-based experts confirm is supported by their data.

Heightened rhetoric from Leader Kim Jong-un and US President Donald Trump have made frequent headlines around the world, leaving many people concerned about what appears to be an increasing threat, and unsure what is hype and what is reality.

The daylong symposium brought together six experts to discuss the nature of the threat, the historical context, the competing geopolitical interests in the region and what role Canada should play.

The discussion examined how people can better assess what they see in the media on international politics and diplomacy.

This symposium series is made possible through the generous support of Roger W. Gale. 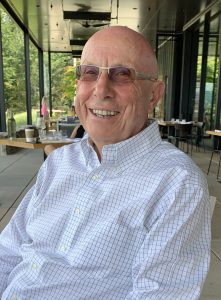 Now living in West Kelowna, Roger holds a PhD in Political Science from the University of California, Berkeley, as well as degrees from the University of Michigan, Ann Arbor and the School of International Service, American University. Roger has had a diverse career, ranging from teaching at the university level to strategic consulting with global electric power companies. Roger remains active on the boards of two equity funds in the US and he continues his interest in post-secondary education.